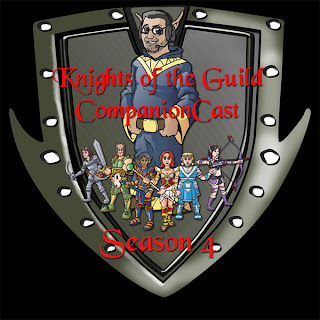 It has been official announced that Season 5 of The Guild is a go. Once again Microsoft & Sprint stepped up to fund this break through webseries for a fifth season. As you all know Season 4 with the announcement that our gang would be attending a convention for their "MMORPG" game. This looks to be the premise of the upcoming season 5. Felicia day has begun to write it and it's hope to be shot late spring for a release in late July, early August.

As we did for Season 4, Knights of the Guild podcast hope to be on set while they are shooting to bring you brand new Season 5 Companioncasts.

Stay tuned for more info as it becomes available.
Posted by Geekyfanboy at 11:39 AM