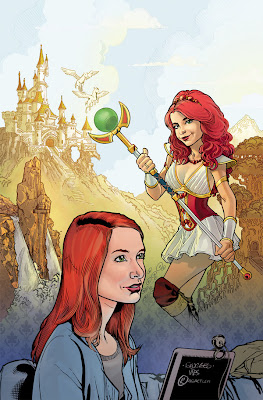 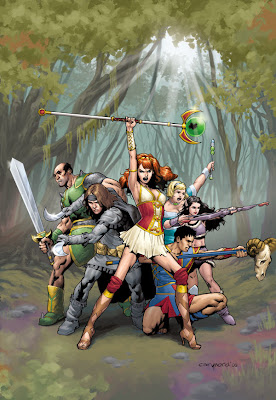 This is what Felicia has been working on the past few months.. The Guild comic book..

Chronicling the hilarious on- and offline lives of a group of Internet role-playing gamers, the Knights of Good, The Guild has become a cult hit and is the winner of numerous awards from SXSW, YouTube, Yahoo, and the Streamys. Now Day brings the wit and heart of the show to this three-issue miniseries. In this origin tale of the Knights of Good, we learn about Cyd’s life before joining the guild, how she became Codex, and how she began to meet the other players who would eventually become her teammates. This storyline fills in details never before revealed on the web show, making it a delightful new chapter for existing fans as well as a perfect jumping-on point for new fans!

• The Guild is “perhaps the smartest (and definitely the funniest) webisodic series of the year.”

• See the web series at watchtheguild.com.

The Internet phenomenon The Guild comes to comics!

Dark Horse wants your letters for the letter column in issue 1 - email scotta@darkhorse.com
Posted by Geekyfanboy at 11:43 PM