Tonight after work I went out to Hollywood to celebrate the Birthday of Felicia Day. It was also our Third Season Wrap Party of The Guild. Since Felicia was home schooled she never experienced her High School Prom so the them of the party was 1980's Prom. I got there a little early but everything was set up and ready to do. Being the BTS person on The Guild of course I had my camera and video camera and was taking a ton of video and pictures. This was a surprise party and boy was Felicia surprised. She didn't have a clue what was about to happen... Kim and Jenni pulled it off with ease. The night was full of drinking, dancing, great company and awesome 80's Music. My Buddy Greg did all the decorations which were incredible. He also did this awesome "Nagel" style panting of Felicia.

You can see a bunch of picture on my Facebook page It was a really fun night, the only down side was Harry wasn't able to join me due to his problem knee that has been acting up lately. But other than that I had a really great time. 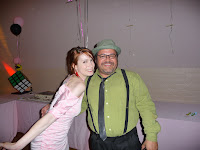 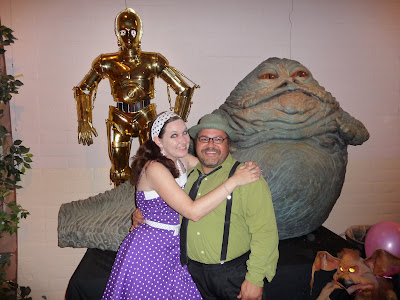